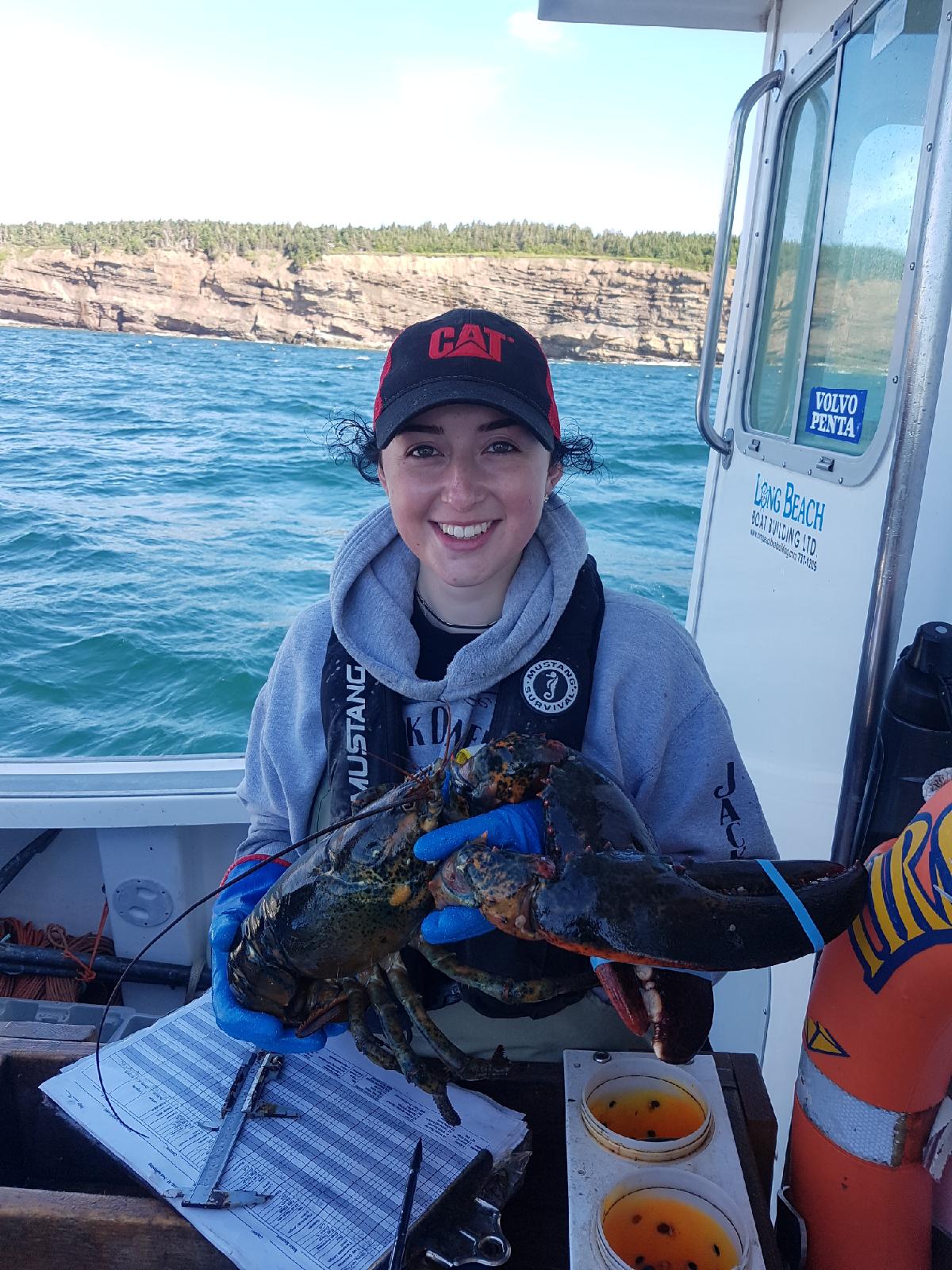 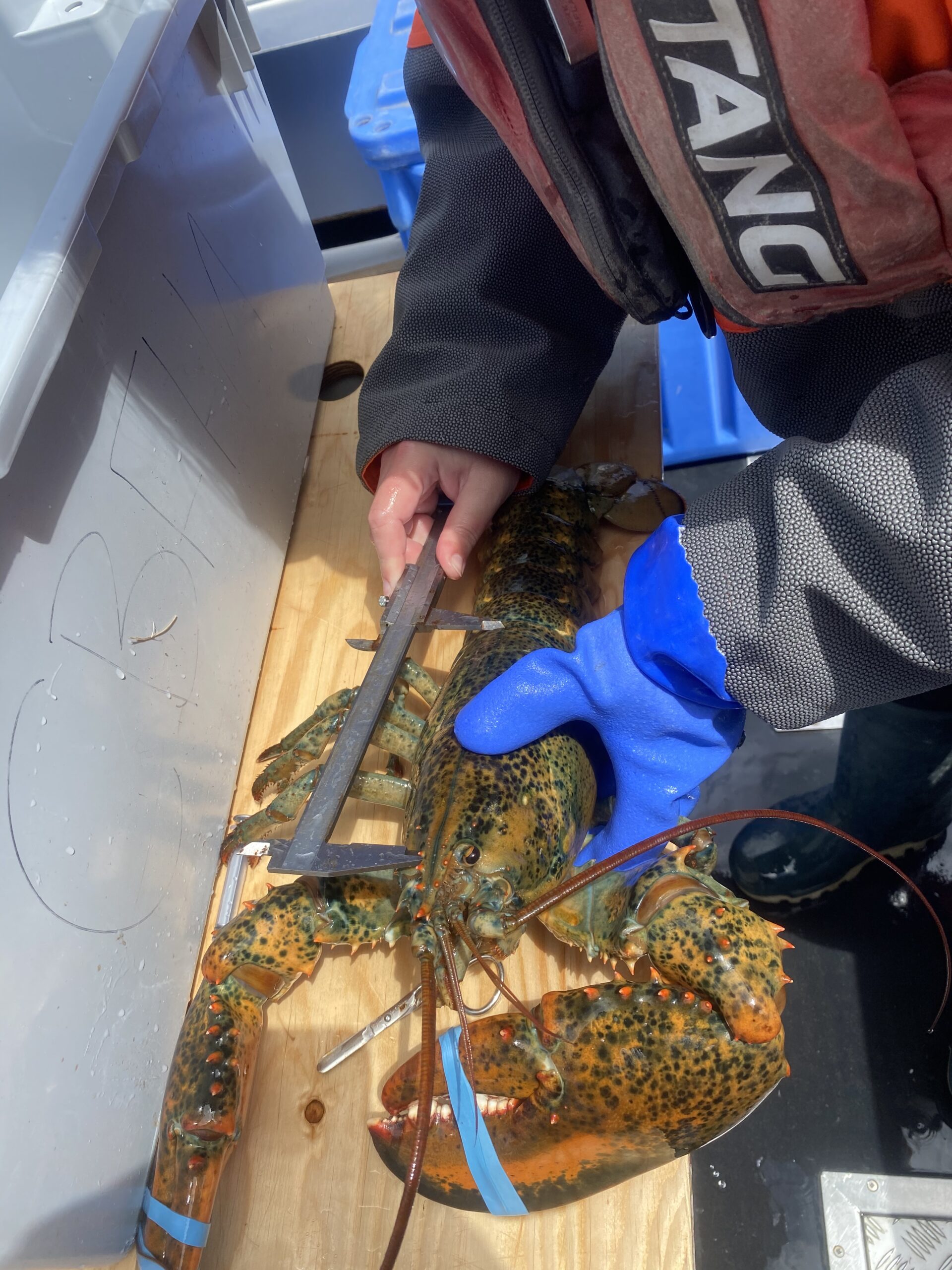 The Cape Breton Fish Harvesters Association has been collecting at-sea data since 2011. Initially, we were funded through Department of Fisheries and Oceans (DFO), but now funding comes from fish harvester’s dues and other small funds for technicians. The lobster harvesters in LFA27 felt that not enough research was conducted on lobster and wanted to support CBFHA to collect independent data.

To collect this data, lobster license holders volunteer to take technicians on board their vessels for a day of fishing and, in many cases, slow their normal working speed so that the data can be collected. The technicians, are often local students studying biology, marine biology and environmental management. They are hired to sample on a different vessel every day of the lobster season. From mid-May to mid-July, the students meet fisherman at the wharves and sample as many traps as they can without compromising the data.

While our technicians record a wide variety of data, our 2 primary focuses of the At-Sea Sampling program is monitoring the health of the lobster stock, and recording by-catch as it pertains to the lobster fishing industry.

Lobster information is recorded by the student handling the lobster and determining the size to make sure the lobsters are sorted appropriately. Too small lobsters are recorded and carefully put back to sea. Markets are lobsters that are equal or greater than 82.5 mm in carapace length. The lobster is measured from the eye socket to the end of the first part of the shell (the carapace). These markets are checked for health, making sure they don’t have shell disease or any epiphytic growth. The number of claws are recorded and marked down with an indication if they are in the process of re-growing any appendages. Technicians make note of the sex, male or female, and most importantly, we check if the lobster is egg baring. Female lobsters in the process of spawning are not allowed to be retained. Technicians carefully measure the lobster, record the clutch stage (how far along she is) and the percent cover of eggs along the tail. Then she is carefully returned to sea. 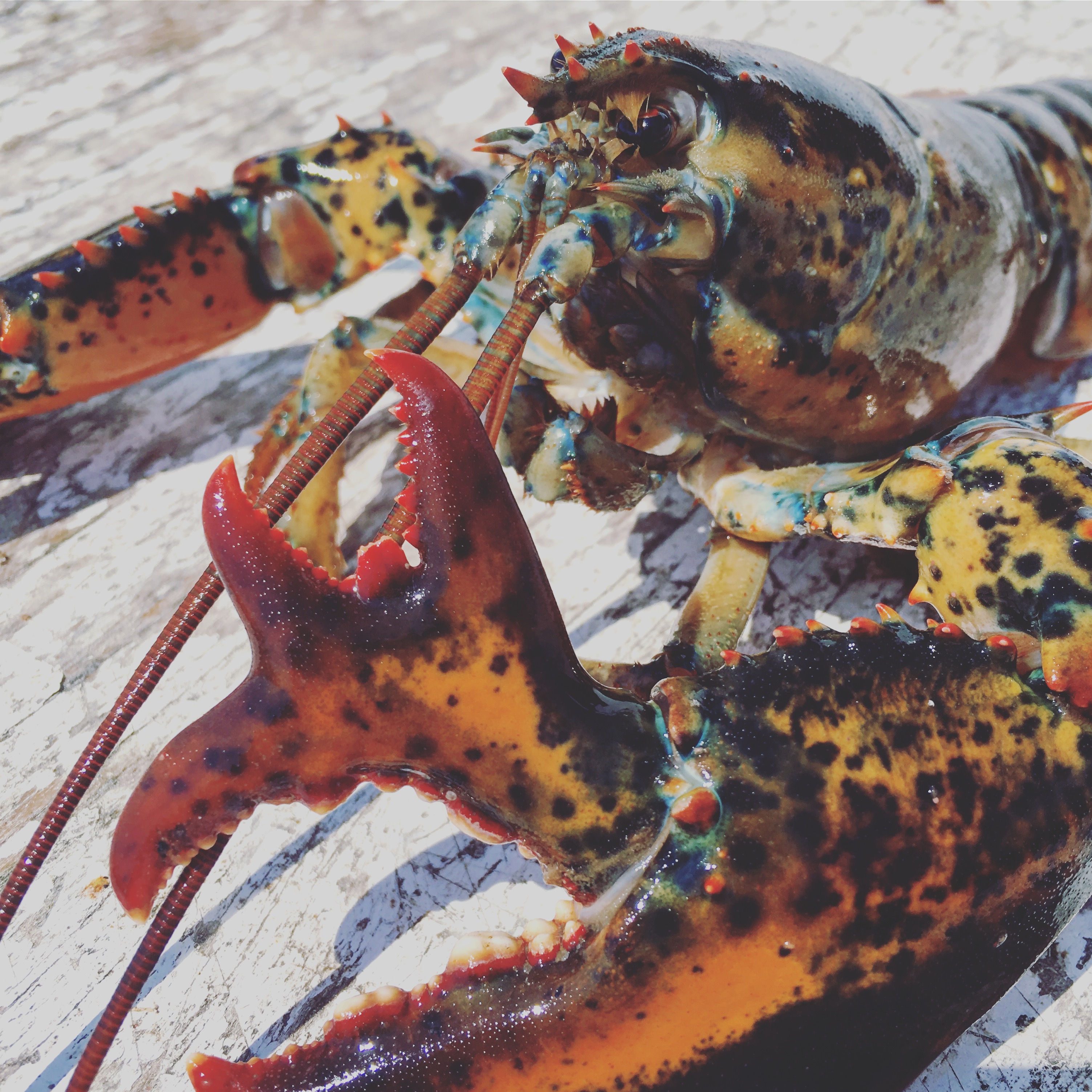 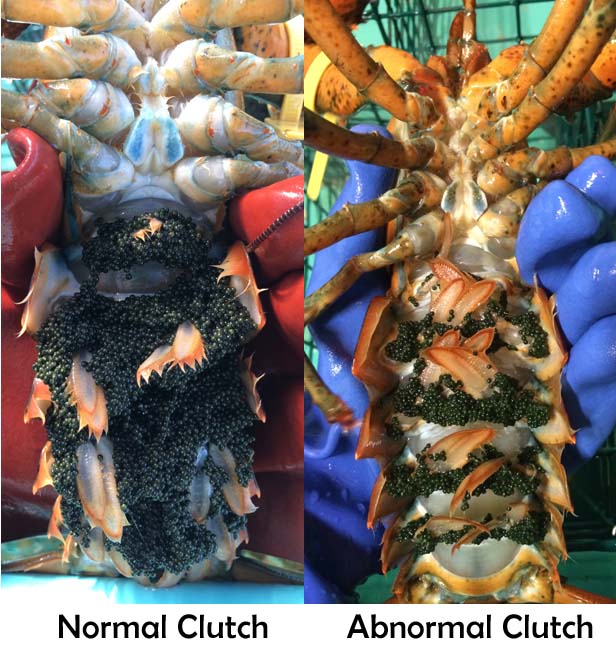 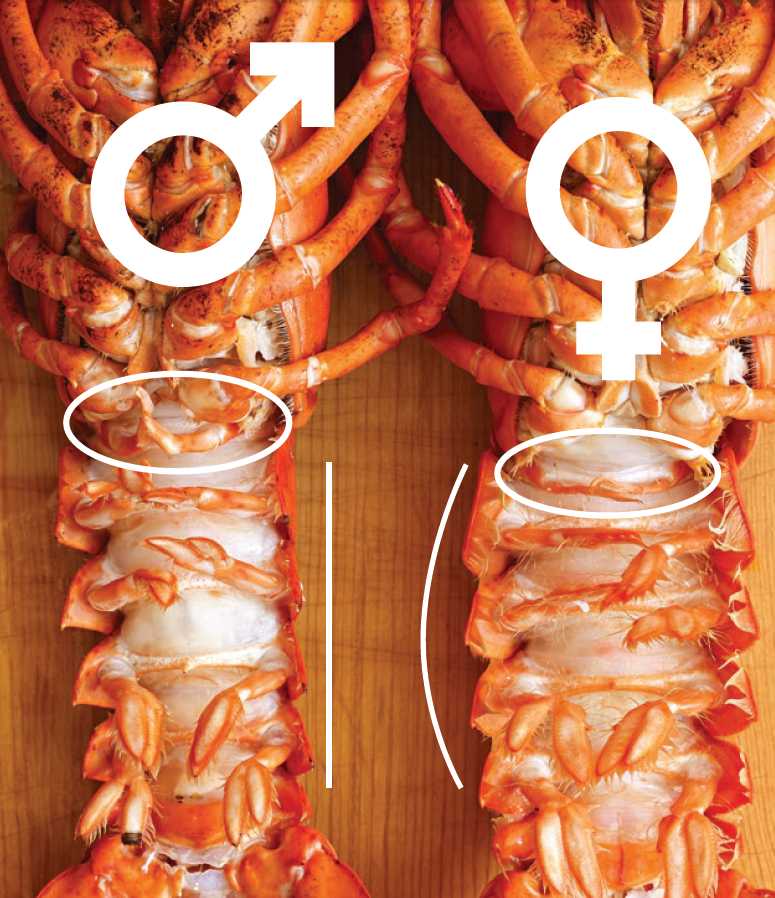 Lobsters, like other marine organisms including crab and sea stars, are able to re-grow their appendages. A lobster can regrow its walking legs, antennae and claws.

A lobster has two different types of claws and just like people, one of the hands is dominant. Did you know lobsters can be right or left handed? The dominant hand is the thicker of the two and is called the crusher claw. This one is bigger and used to crush down its prey. Lobsters are scavengers and will eat anything they can find along the sea floor....including each other! This big crusher claw works like our molar teeth. Ready to grind down any hard food items for eating!

The non dominant claw is called the pincher claw. This one works more like your sharp canine teeth. The serrations along the edge are sharper and used for slicing into and ripping apart the prey.

When a lobster gets into a fight it can loose a claw in battle or just surrender that claw and walk away otherwise un-harmed. It takes a varied amount of time to re-grow depending on the lobster size and overall health, plus the conditions of the water it's in.

Sometimes, the claws don't grow in the same as before an injury. There are all sorts of documented mutations associated with claw regeneration.

A pregnant lobster can have quite a few nicknames depending on where you are. Some call them spawners, others stick to pregnant female, but many use the term berried female. This comes from the fact that the eggs look like small black berries. The eggs sit along the females tale, which is why females have wider tales than males. The appendages showing through are the pleopods. These hold the eggs while the female is egg barring. Female lobsters can hold up to 100,000 eggs at a time which she will then release into the water column.

At CBFHA, we make note of weather or not a female is pregnant and we record the clutch stage and percent cover. The clutch stage is determined by the development stage of the eggs. Small dark eggs are stage one. Stage 2 are dark brown - dark green in colour. Stage 3 are nearly ready to be released and are often orange in colour. Stage 4 is post-release where the females pleopods are covered in a mossy substance that is left over from the eggs.

All of this information is recorded and tells us a lot about our lobster population. It even tells us when the lobsters are spawning.

CBFHA also makes note of sex on our data sheets. The sex of a lobster can be determined in a number of ways but the most determinate is by flipping a lobster over and looking at the very top set of pleopods between the last set of walking legs.

This top set of pleopods are the sex organs. A females is soft and feathery. They are smaller and look more like the regular pleopods. In comparison, the males are hard and pointed.

There are other ways to determine sex as well. A male lobster will have a thinner, more pointed tail. Female tales are wider to accommodate the eggs. Females are also thought to have smaller claws.

At-Sea Sampling started in 2011 and has been growing ever since. We are proud of the incredible amount of data we have collected and shared with DFO. These data allow us to inform fisheries and empower our fishers to make sustainable choices for both the fish stock and their neighbouring fish harvesters.