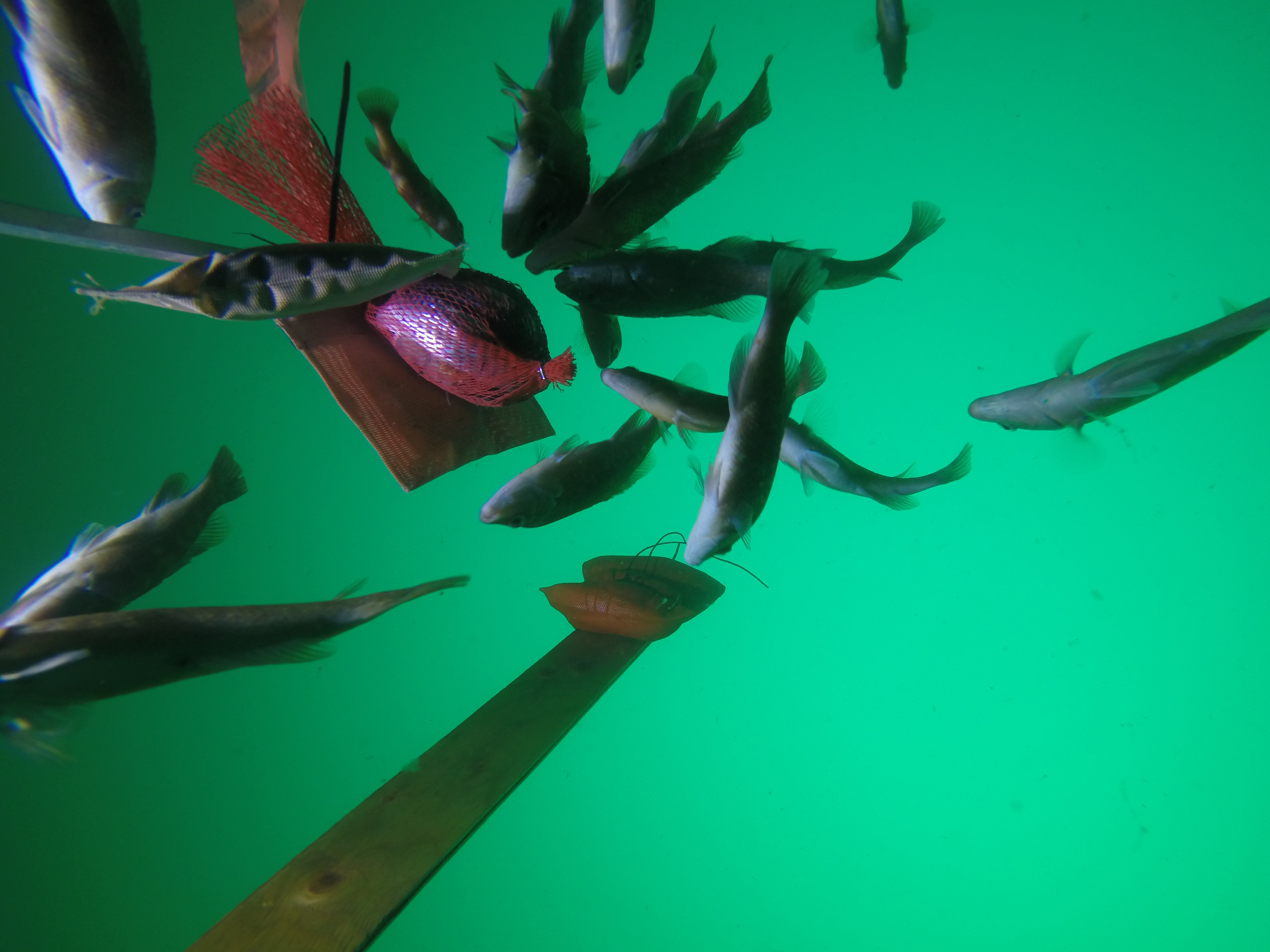 Cunner as "retained bycatch" in the Lobster fishery of LFA27

Cunner is a fish also known as Sea Perch. The fish preys on post-larvae lobster and is known for eating the bait from lobster traps…before it works to attract lobsters. Since 2011 the CBFHA has been working with local government and stakeholder groups to allow the retention of this by-caught species to be legally used as bait in the lobster fishery.

Cunner is caught in lobster traps throughout the LFA27 fishing season at all depths were traps were set. The cunner that are caught are mature-sized individuals as the escape vents in the traps release undersize cunner with the small lobsters. Other areas, like our neighbours in the Gulf region are allowed to retain cunner that are hauled up in the traps as bait for the industry. This is outlined in their licence conditions.

In 2016, CBFHA submitted a proposal to DFO to retain cunner by-catch in the lobster fishery of LFA27. This request was approved pending on continued at-sea data gathering by the CBFHA and an annual report over the next 3 years. Over the course of the first lobster season (2016) CBFHA sampled on 98 at-sea trips over 23 recognized ports in LFA27 and 387 cunner were sampled. Of these cunner only 198 were retained from 18 ports. 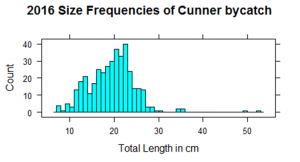 According to Scott and Scott (1988)[1], Cunner reaches maturity at 8 to 11cm in length and spawns in June to August in the Gulf of St. Lawrence and a little later along the Nova Scotian coast. At four years old, cunners reach 16.5cm in length. These fish can grow up to 43cm long and weigh up to 1.4kg. Lobster harvesters are now allowed to retain cunner ≥ 10cm as bait for the next 3 seasons (2016, 2017, 2018) while CBFHA will monitor cunner by-catch through at sea sampling. The purpose is to monitor the population caught in lobster traps and produce timely, reliable, and aggregated reporting on retained and non-retained cunner. With the data entered into DFO's database the impact of retaining cunner will be evaluated based on its impact on the cunner species.

In 2018, theLFA27 Lobster Advisory Committee (LFA27 LAC) asked CBFHA to request DFO to make an amendment in LFA27 lobster license conditions to allow, on a permanent basis, the retention of cunner (≥ 10cm from tip of the nose to the end of the tail). The 3-year pilot project for cunner retention in lobster traps has indicated that catch per unit effort has remained stable in the last 2 years of the pilot (2017 and 2018) and that cunner of less than 10cm (minimum retention size) are rarely caught in lobster traps.

Monitoring the cunner population caught up in lobster traps has produced timely, reliable, and aggregated reporting on retained and non-retained cunner. The data was and will continue to be entered into DFO's database, providing the opportunity for the CBFHA and DFO scientists to evaluate the impact of retaining the by-catch of cunner.

When this project began there was no directed market for cunner, and the occurrence of the species had been increasing since before 2011. Fishers used to catch cunner starting in mid-June, but with changing climate patterns the fish, and associated nuisances has increased to a season long interaction. Currently, there are still no direct markets for cunner and since the lobster fishery is the only fishery that catches cunner incidental to fishing activities, there is no risk of cumulative fishing mortality across fisheries. Therefore, the CBFHA’s at-sea sampling should be sufficient to monitor the cunner population as it is used as a bait species. 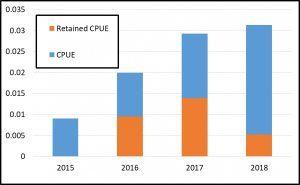 Figure 2. Cunner Catch per Unit Effort (CPUE) ie the number of fish per lobster trap both retained and released from 2015 (before pilot) to 2018 (last year of pilot).