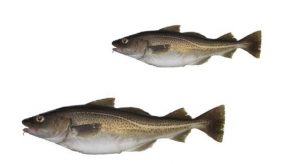 History of Cod in Atlantic Canada

Cod has always been a commercially important species along the eastern coast of Canada. Since at least the 16th century the Atlantic stock of cod has been exploited for food and fish products. Landings from earliest records were estimated to be between 20,000 and 40,000 tones annually. With an increase in technology landings increased until the early 1970’s with the highest year in 1958 at 100,000 tonnes of cod landed.

In 1974 the first global quotas or total allowable catch (TAC) was imposed on the cod fishery and became more restrictive as the cod stock continued to decline in the mid 1970’s. In September, 1993 the Cod fishery in Atlantic Canada closed due to low abundance of cod.

5 years after the closure of the commercial cod fishery DFO opened an index fishery with a small TAC. They monitored the stock with this index fishery allowing the catch of 6,000 tones until 2002 when no recovery was seen. Fishing of cod took a year off and then in 2004, the index fishery re-opened at a TAC of 3000 tones. The TAC has fluctuated since 2004 but since 2009 the species is under moratorium with TAC for bycatch of cod set at only 300 tones. (1) 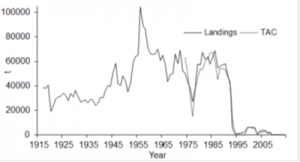 Figure 1. Total allowable catch and landings of Cod in Atlantic Canada from 1915 - 2005

With the closure of the cod fishery there was no longer any commercial data available to DFO scientists to use in resource assessments. Upon the recommendation from the Fisheries Resource Conservation Council (FRCC) the sentinel survey program was put in place.

The sentinel survey program is not a commercial fishery but a pre-determined protocol to collect fisheries information on the stock viability. This protocol was designed by combining fishery knowledge of traditional fishing areas with scientific protocols to minimize bias and maximize data.  DFO says the primary objectives of the sentinel survey is to collect information on the distribution, migration, condition, maturity stages and stomach contents of the fish as well as collecting water temperature information.

Each vessel involved in the sentinel survey must therefore adhere to strict guidelines that specify gear type, location, soak time and frequency of sampling trips to sea. Below, you can see the stations identified for sampling from DFO, and the actual sampling coordinates from local fishers all around the Cape Breton Area. 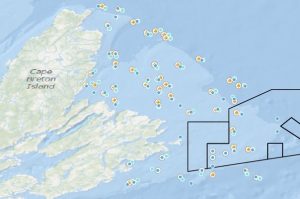 These protocols are in place to monitor groundfish species that have been commercially unavailable and are not showing signs of recovery. Atlantic cod (Gadus morhuna) is distributed in the western Atlantic from North Carolina (USA) to Greenland. Cod are a demersal fish, caught on a sunken longline off the coast of Cape Breton. During the sentinel survey the cod are landed and organized to determine location, time of day and if any other species were caught as bycatch. The first 50 fish from each location are held and brought back to the lab for sampling.

The Cape Breton Fish Harvesters Team is responsible for dissecting and collecting information from the retained fish. We record fish size, sex, maturity stage, weight, and stomach content. We also extract an otolith (a small bone in the ear used to age a fish) and identify all the species that had been consumed. This information is all sent back to DFO to monitor the viability of the cod stock in our fishing ground, 4Vn. 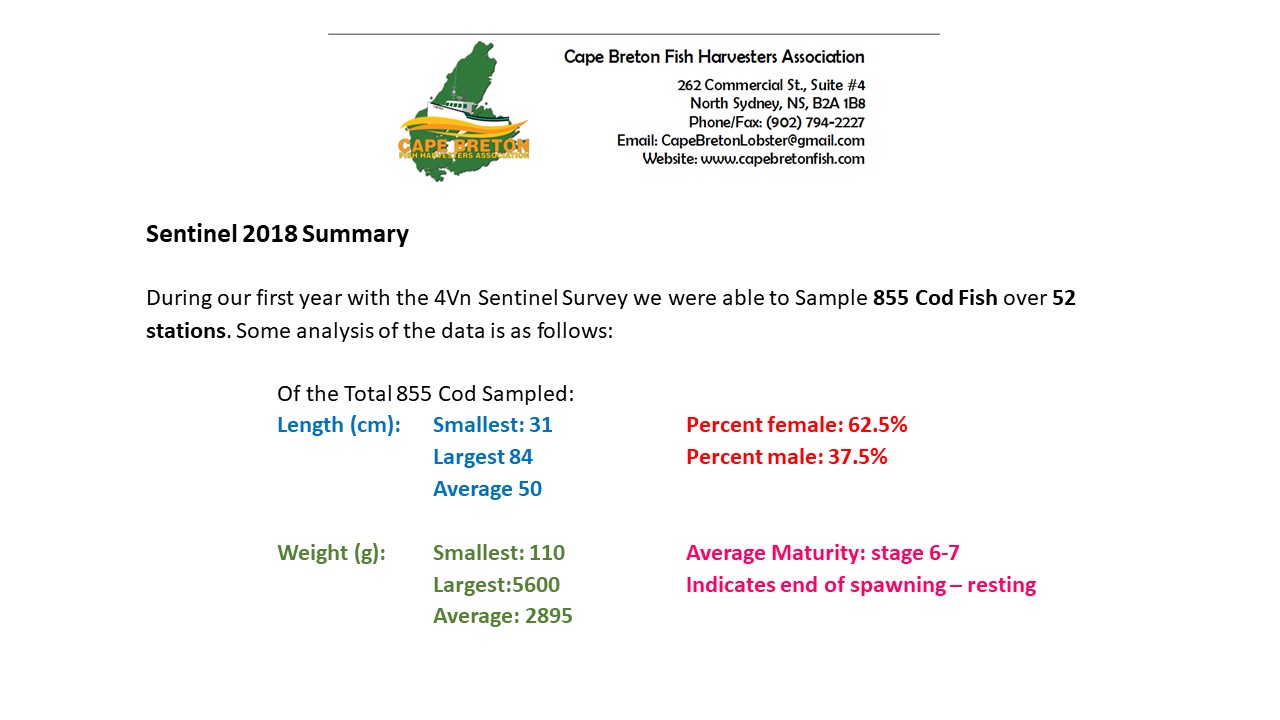 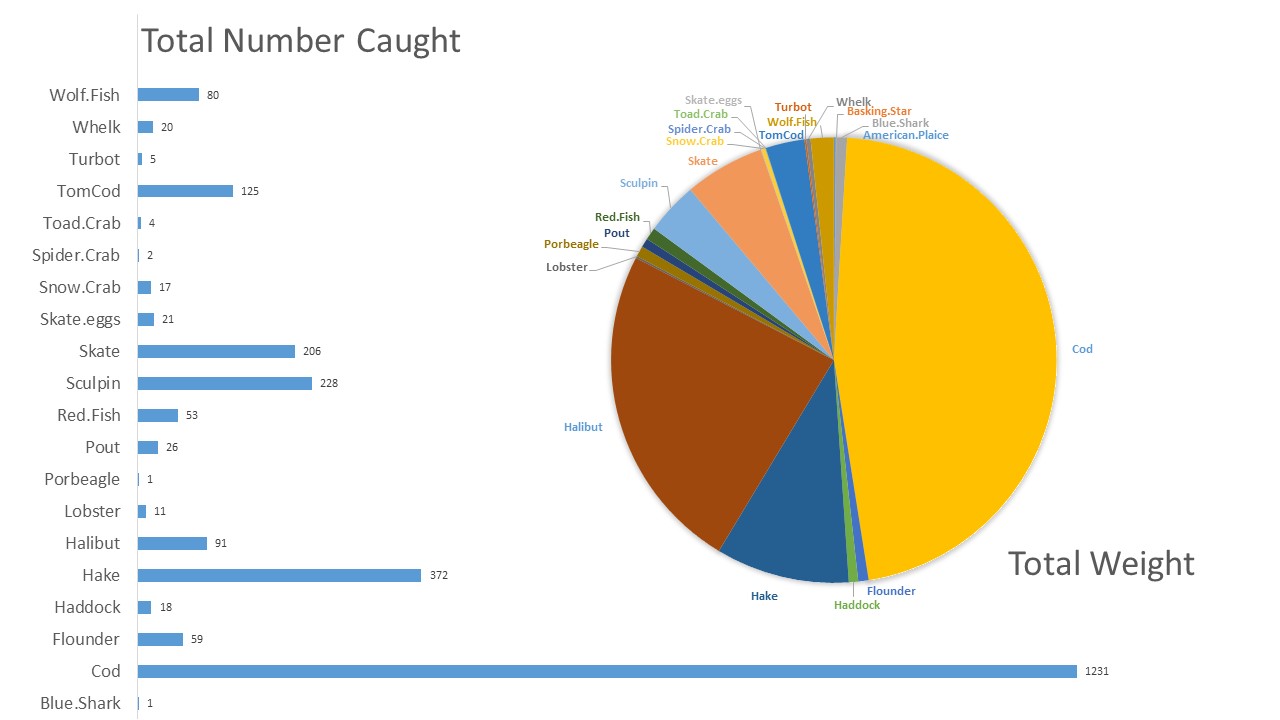 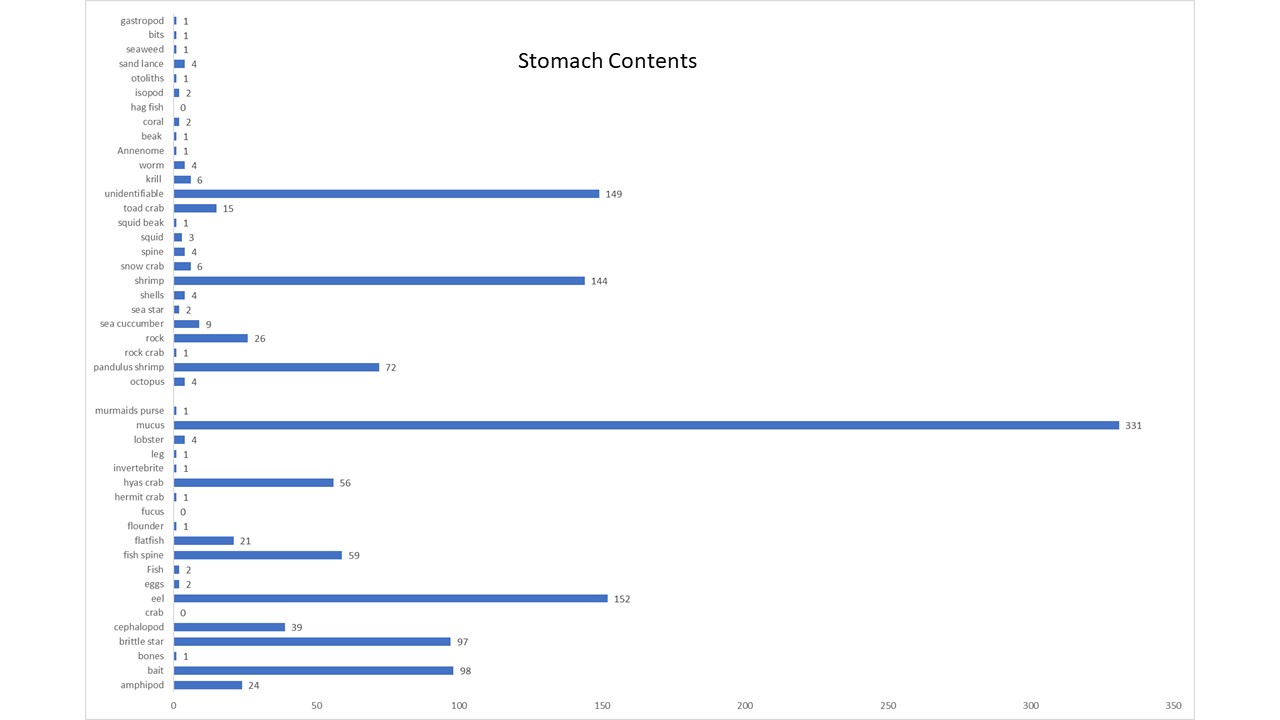