What is ghost gear?

Ghost gear refers to any fishing gear that has been abandoned, lost or discarded, this could be from various factors such as: bad weather conditions, snagged beneath the surface, conflict with other gear or vessels, or entanglement.

Ghost gear is a problem because it turns into a continuous cycle of ghost fishing. Ghost fishing is a term that describes what happens when abandoned fishing gear continues to fish due to the trap being baited, once lost, the trap will attract fish, scavengers, and crustacean, which may become trapped and die, forming more bait and a continuous cycle.

It is recognized as one of the deadliest forms of marine litter. It catches and wastes targeted species, such as lobster, in unknown numbers and could have an impact on the health of the stock. Also, it entangles other marine wildlife, adds to ocean garbage, and is expensive and hazardous for fishermen and marine communities to deal with as ropes/nylon lines can affect vessels propulsion and ability to manoeuvre. 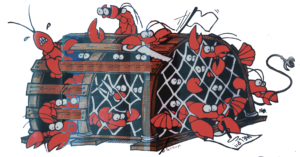 Link below to inform us of gear lost:
https://www.surveymonkey.com/r/RMPKJQL?fbclid=IwAR0TDE23ZcL1PIXx5xIJ7Tg6XfaYpn_KhFAcfaEoLOz1E5_8vkyA8PyFV_w

Our goal is to clean the oceans from ghost gear as much as possible in Cape Breton (LFA 27). This will be accomplished by:
- Communicating with our membership and community to get their knowledge on locations with lost fishing gear
- Sending technicians on fishing vessels to survey areas and collecting ghost gear onboard these vessels by using a grapple system
- Gear that is found:
1) Tagged gear will be taken to a compound in Glace Bay and fish harvesters will be contacted to come pick up their lost gear
2) Untagged gear that is useable will be donated to fish harvester or community members to be repurposed
3) Untagged gear that is unusable be sent to recycling depos and waste management to be discarded
- Mini reports of ghost gear during retrieval will be written based on data collected (e.g. amount of traps/length of rope/if ghost fishing is occurring, etc) 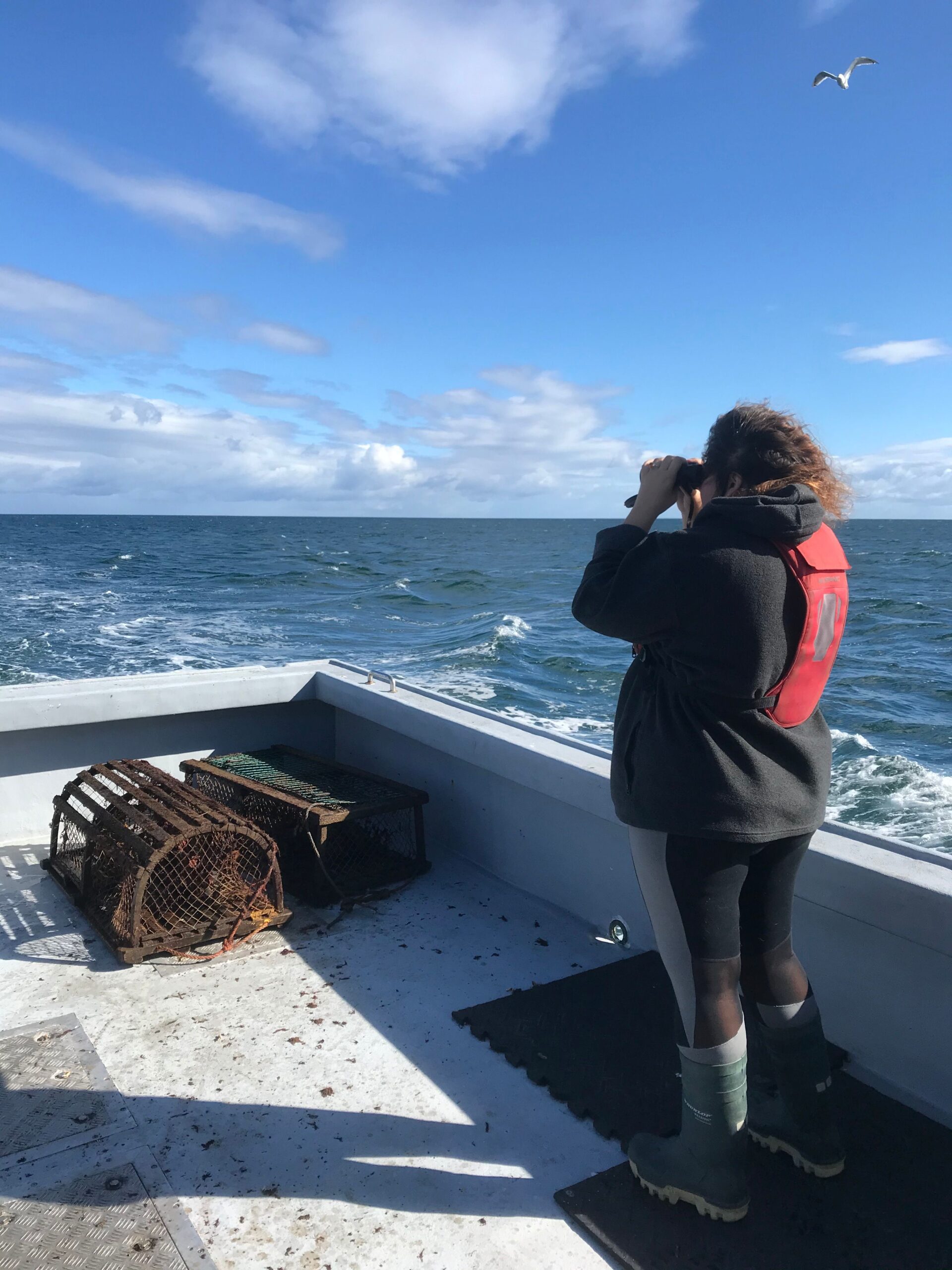 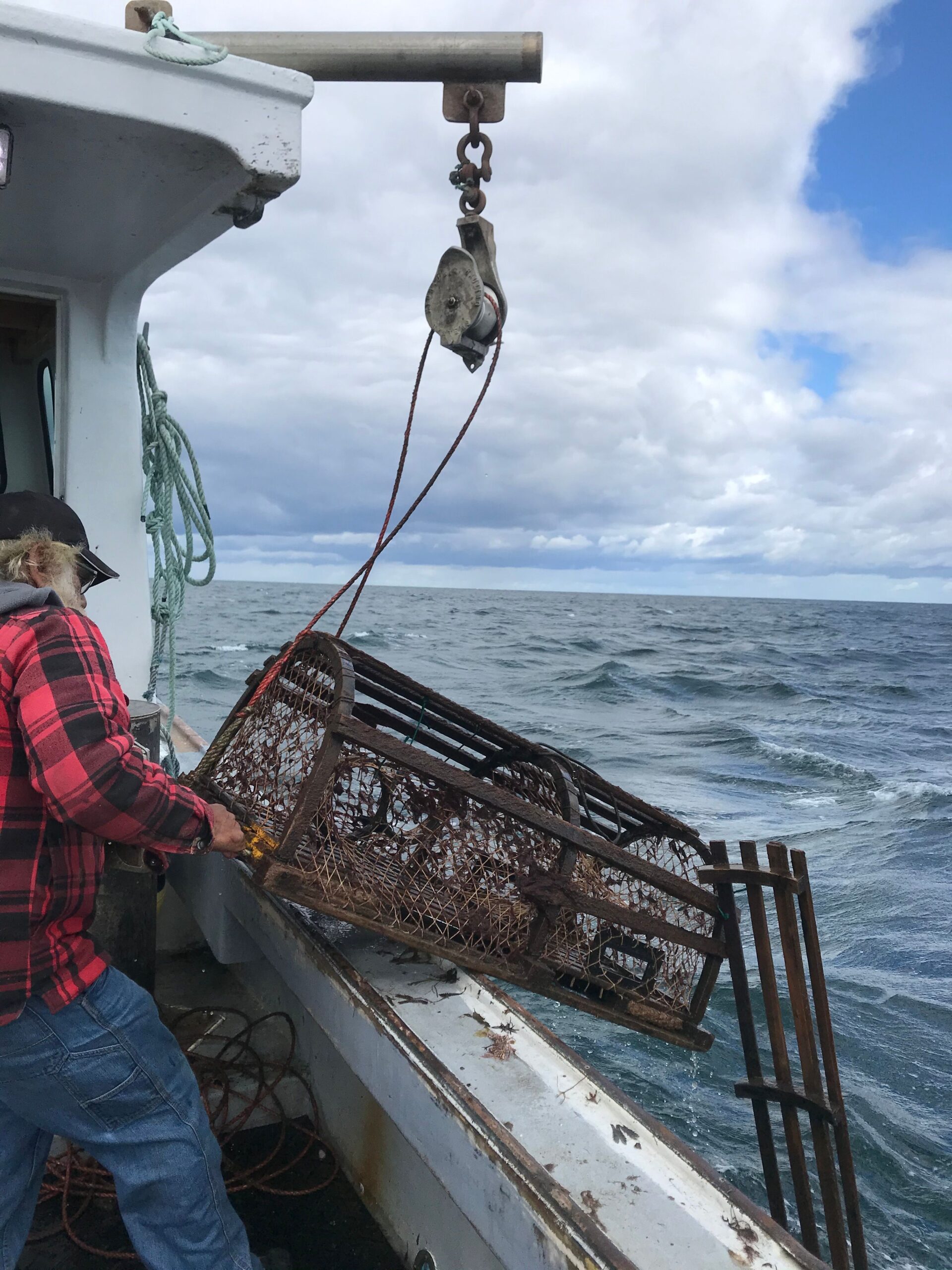 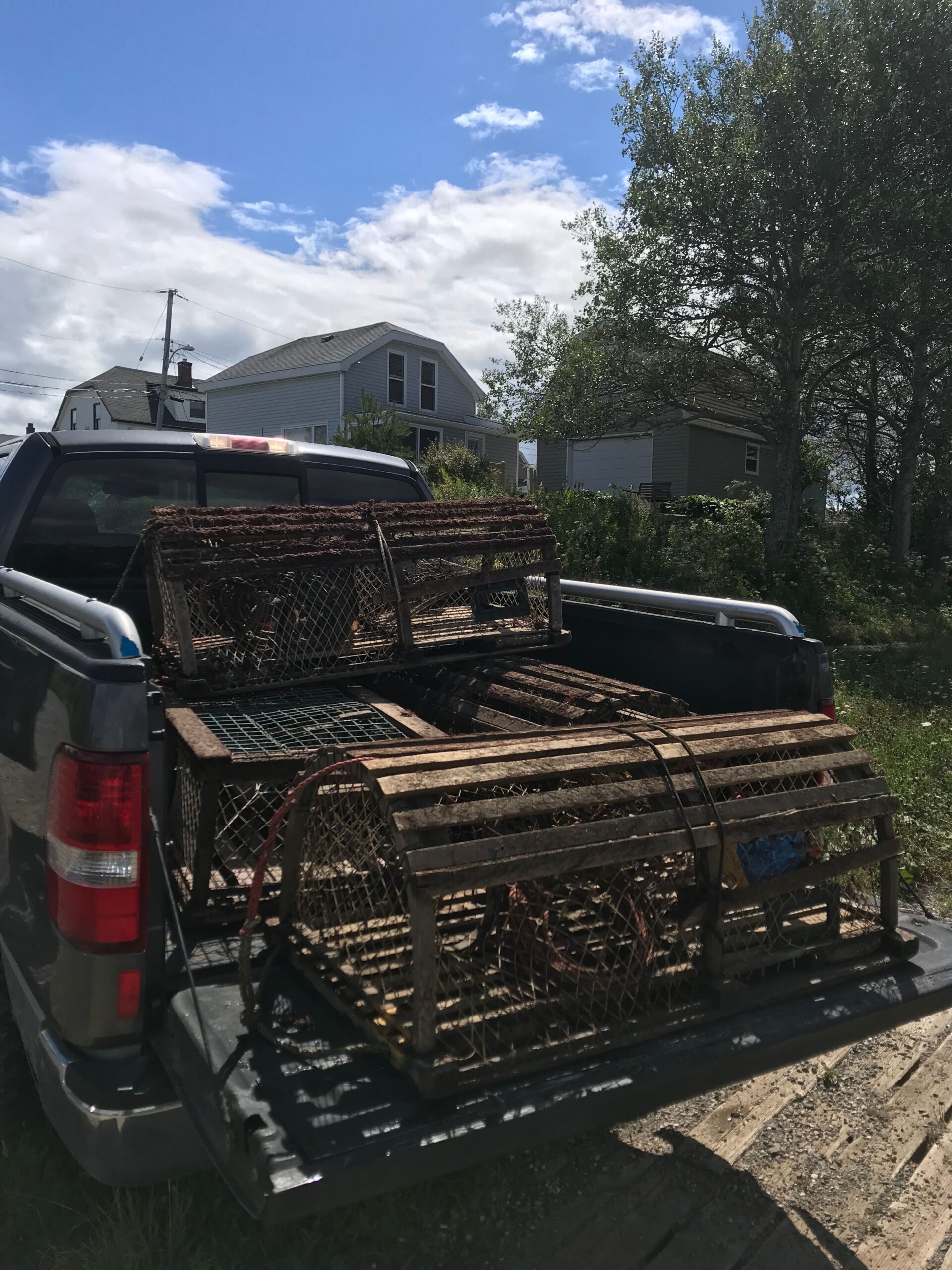 In 2020, CBFHA conducted 3 at-sea sampling trips. This project was started later in the season, so more trips were not possible due to weather. However, during these 3 trips, 10 traps were found. Ghost fishing occurred in some of the traps found, lobsters were stuck in various numbers unable to escape. There was 43 alive lobsters found in total, they were released by our technicians into the ocean. However, there were 4 dead lobsters found.

The traps that were tagged were collected by fish harvesters and the other traps are located in the Glace Bay compound to be disposed.

The mapped areas below show the locations of these at-sea surveying trips: 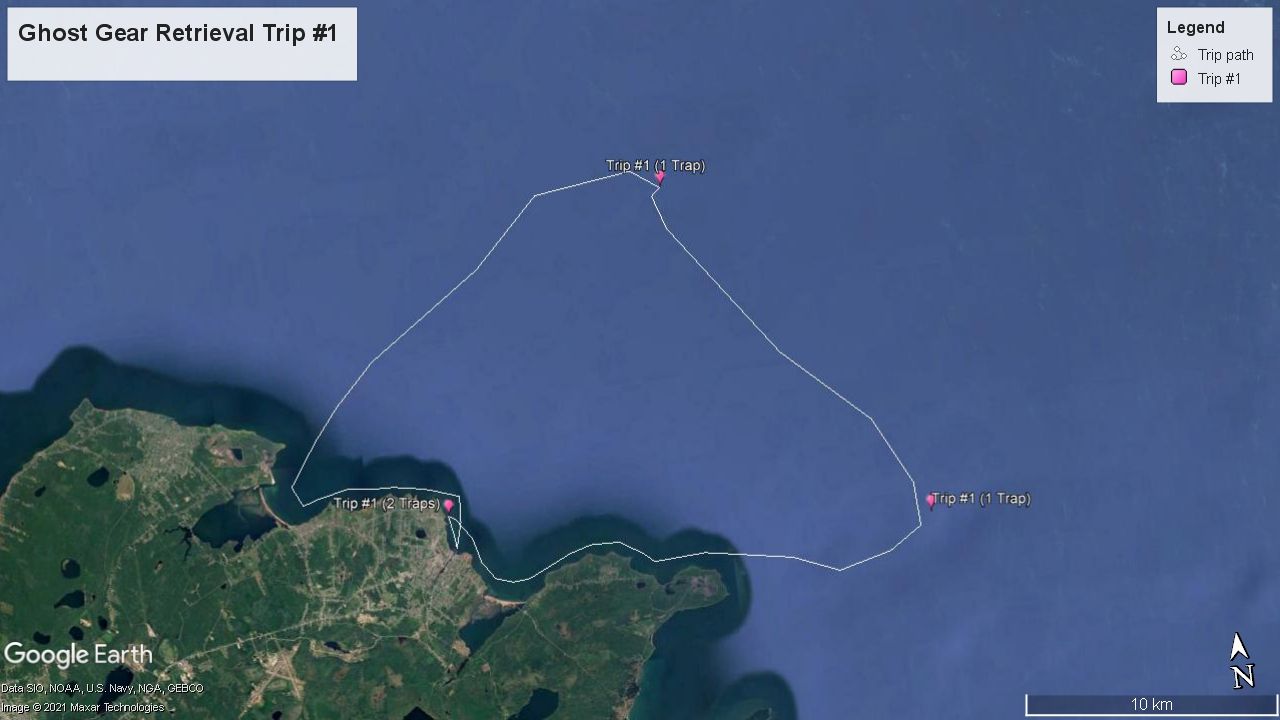 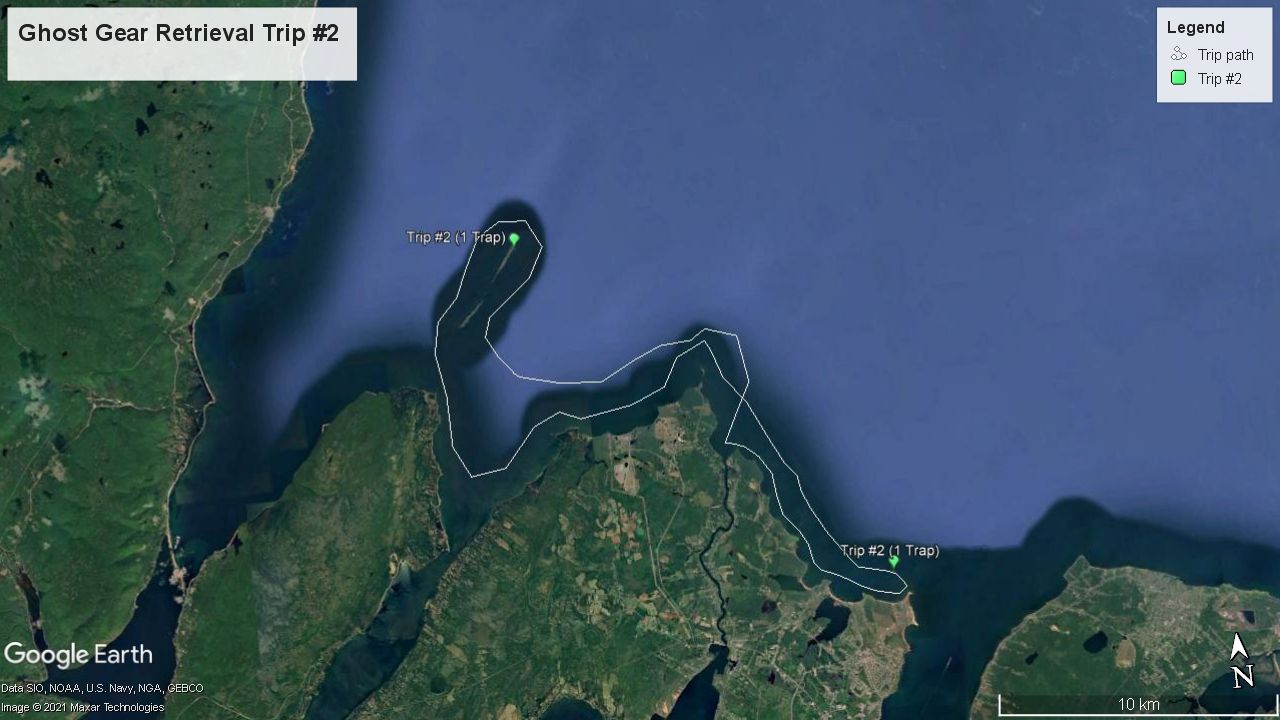 Currently, we are planning to conduct 10 at-sea sample surveying trips that will take place after fishing season, July-November 2021.

CBFHA will be recording GPS locations of lost gear from fish harvesters during the 2021 season, previous seasons, and other known locations in hopes to find the gear during our retrievals. If any fish harvesters or community members know of any spots in LFA 27 with ghost gear, please contact us. Our only goal is to clean the ocean from ghost gear. 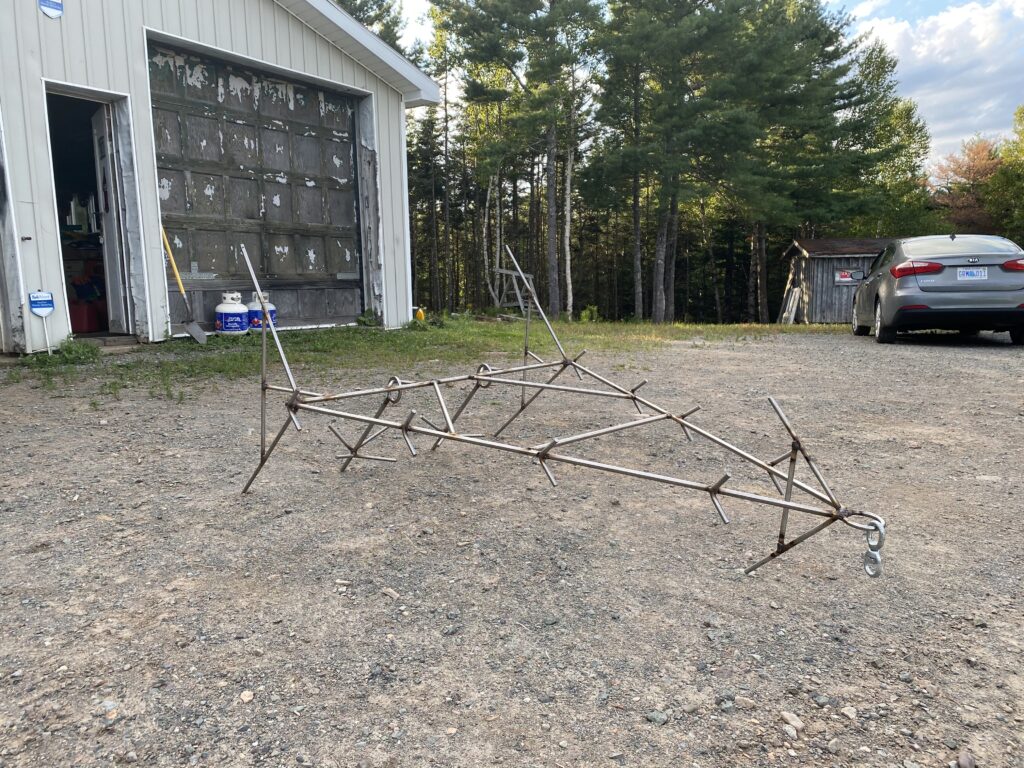 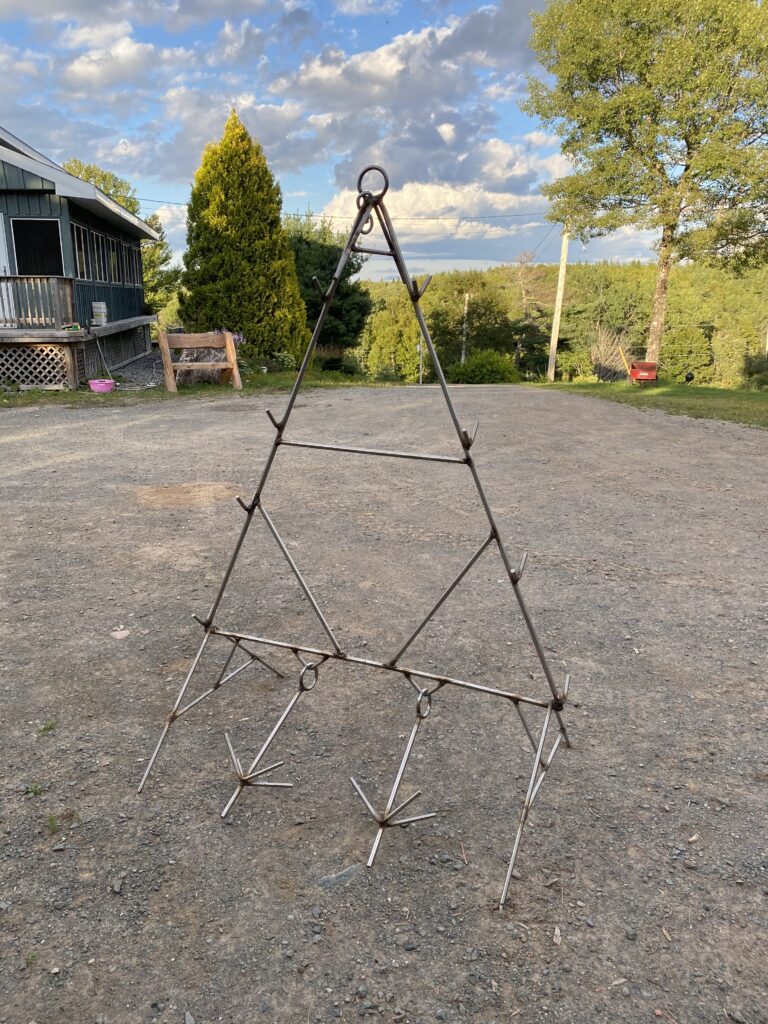 To the left, are pictures of our grapple system that we plan on using this year to haul ghost gear with. Our system is based on the Fundy North Fisheries Association, they've had successful ghost gear retrievals since 2008.